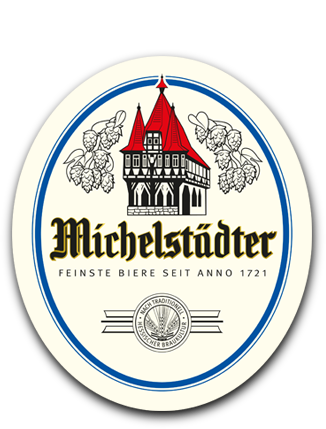 The tradition of the oldest existing Odenwald brewery – Michelstädter – goes back to the year 1721 and is therefore almost 300 years old.

Exactly in this year Johann Sebastian Häußler, master brewer and wood barrel master, marries the pretty landlord’s daughter Agnes Margarethe Rösinger from the parent company of the “Amselwirt” in Michelstadt.

Johann and Agnes, the brewer and the landlady, start making Michelstädter beer in their own restaurant. The first master brewer, Johann Sebastian Häußler, was a musketeer in the regiment of the Erbacher Grafenhaus before his marriage and thus has good contacts in politics, business and society in the Odenwald.

As a cooper, he not only knows how to brew beer, but also how to store it properly. The serving outside of the restaurant initially works with jugs that you have brought with you – a short time later, however, also with handcrafted wooden barrels.

The grandson of the brewery founder, Ludwig Häußler, expanded the Michelstädter brewery a few decades after it was founded in 1810. A few meters away from the original brewery inn, he built new brewery buildings. 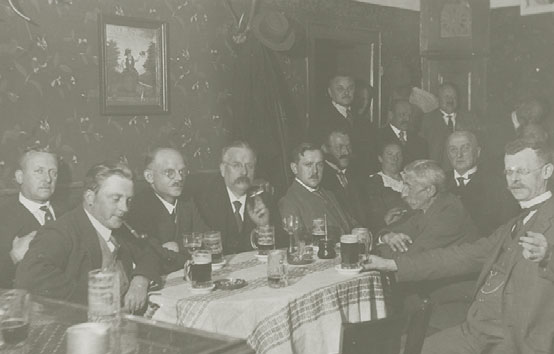 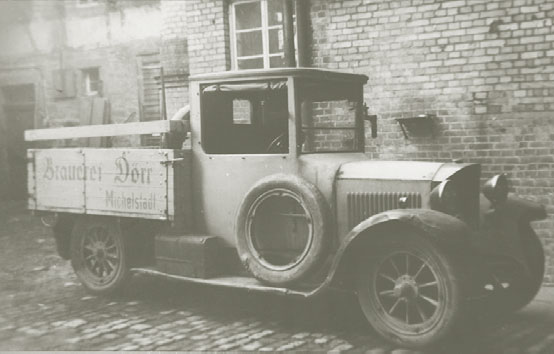 The Häußler brewing family from Michelstadt join the cooperative and beer brewing tradition of the Dörr family from Wembach near Ober-Ramstadt through marriage. In 1823 Georg Dörr built the new headquarters “Brewery for the German House” in the Bahnhofstrasse in Michelstadt. Since then, the headquarters of Michelstädter beer has been here for around 200 years.

The brewery and restaurant in the Odenwald have flourished for almost 100 years. Michelstädter beer is the most popular in the area. Many family celebrations and large dance events take place in the Brauereigasthof. With the outbreak of the First World War, this upswing was suddenly stopped.

But despite the turmoil of the war, the tradition remains: The son of Eva Margarethe Häußler and Peter Dörr, the builders of the “German House”, continued to run the Michelstädter beer brand as master brewer in the early 1920s.

At the beginning of the brewery in 1721 there were still twelve pub breweries in Michelstadt, after the First World War the Michelstädter Brewery is the only one remaining.

Extensive redesign and modernization took place in the 1920s and 1930s. The traditional horse-drawn carts are replaced by the first trucks. The large wooden barrels give way to aluminum tanks. Steam machines operate the grist mills and support the malt processing. Pole ice for cooling comes from the specially purchased ice machine from the Michelstädter brewery. 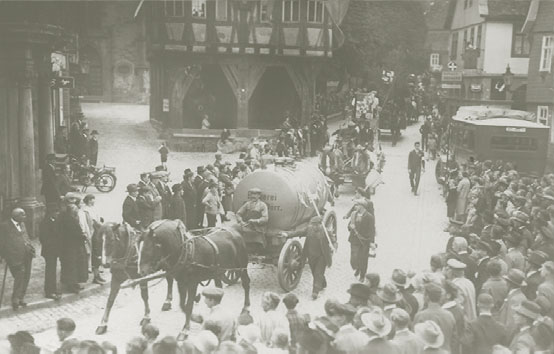 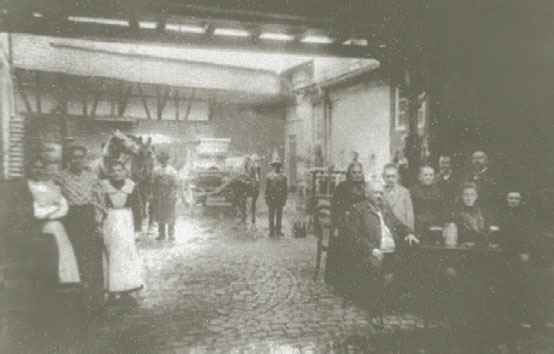 Another war stops the brewery’s boom. Due to a great lack of raw materials, Michelstädter beer in the early 1940s could only be brewed with substitutes. 1954 – in the year of the first German soccer world championship, the “Miracle of Bern”, the “Deutsches Haus” brewery restaurant opens in new splendor after a thorough renovation.

In the 1960s the new brewery was built in Hochstrasse. The new brewhouse, the bottling plant and many storage buildings bear witness to the great success of Michelstädter beer.

The almost 300-year-old tradition has been carried on since 2016 in the partnership between Michelstädter Bier and Pfungstädter Brewery. The original recipes of Michelstädter beer – the secret of the great success as the oldest brewery in the Odenwald – remain in their foundations. The brewing location – Michelstadt in the heart of the Odenwald – also remains unchanged.

The great tradition of the Häußler and Dörr families – going back to the great love of 1721 when the master brewer and landlord’s daughter met for the first time – continues to this day.

Michelstädter Bier is the oldest and most traditional beer in the region. After more than ten generations in family ownership, modern production standards are combined with the finest ingredients and around 300 years of brewing history.

The result is a unique beer based on the traditional Hessian brewing culture: